Are your clients ever in major cities? | Monroe & Weisbrod 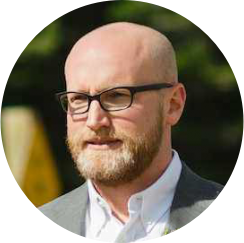 Are your clients ever in major cities?

We have observed that there is a belief among psychiatrists, psychiatry group practice administrators and others that only mental health organizations in non-major metropolitan areas should engage or should need professional, agency assistance when it comes to psychiatry recruitment.

While it certainly stands to reason that relatively rural organizations that endeavor to recruit a psychiatrist would require our help, the notion that there is no value in hiring a psychiatry recruitment firm if you are in a major city is just outright false. In fact, as I expound upon below, there is even reason to believe that such practices – in locations like Chicago, NYC, LA, etc. – have even greater incentive to utilize a psychiatry recruitment agency. I have taken the liberty of listing some of the more prominent reasons below…

You can raise the bar

The idea that you should not hire a psychiatry recruitment firm to fulfill your hiring needs seems to be predicated upon the notion that the goal of hiring is just to get a position filled. This is of course not ideal for any position in a an organization, but truly this “just get me a warm body” mentality can be particularly ruinous when it comes to the psychiatrists you seek to hire.

The goal in any recruitment endeavor should be to find that “whale” candidate who is a perfect match. With respect to psychiatrists, the chances of that happening increases substantially when you scour the nation, engaging in an aggressive and comprehensive recruitment effort spear-headed by a vetted and capable psychiatry recruiter.

So yes, you are in a desirable area… you therefore can demand not only an Ivy-league CV, but also a top notch and amiable personality to go along with it. Is finding such a candidate more likely if you just sit back and hope, or if you hire a professional to go out and hunt some heads? In other words, if you aren’t utilizing agency resources for your hiring needs you may not truly be capitalizing on the marketability of your location, but rather just falling back on it.

The psychiatry candidates often most interested in seeking employment in a major metropolitan areas are those younger psychiatrists right out of training and the reason for this is quite simple. A large percentage of these psychiatrists are still single and therefore they feel that if they go to an area of greater population then their chance of finding “the one” is all the more great. Once they have found Mr. or Mrs. Right, they generally will move closer to either their home or their significant other’s home.

Similarly, a younger psychiatrist may not necessarily be looking to a city for merely love, but rather just for the fun and enjoyment of major metropolitan amenities. It’s quite often that we speak with younger psychiatrist who decided to go to, say, San Francisco for “a few years” after training because they wanted that fun and exciting Bay Area experience for a few years. In other words, they sought a prolonged vacation in tandem with their initial professional endeavor.

There is nothing wrong at all with either of these things, but as a hiring entity, you have a business to run and, really, you would probably rather hire a psychiatrist with long-term aspirations of planting roots in your organization and city, rather than hiring someone in support of their dating or vacationing efforts, correct? Sure, as a recruiting entity in a desirable city, you will probably have no shortage of CV’s to go through when looking to hire, however the process of effectively weeding out candidates with no true long-term intention of joining your practice is an enormous under taking in and of itself and something best left to a professional.

The financial side of a metropolitan practice

And as well all know, cash is king. Once the charm of Chicago proper has worn off for a particular psychiatrist and they become more concerned with quality of life issues rather than their proximity to Michigan Avenue, the psychiatrist who has familial and/or spousal-familial ties to Chicago is the one who will stick it out in the practice, working hard to develop new business and maintain market share, whereas the psychiatrist with no compelling reason to be in Chicago will just generally head for greener financial pastures.

In other words, if you are in a desirable metropolitan location then of course you will have no issue finding people interested in your area. As mentioned above, there will be a huge number of both single psychiatrist who will want to join your practice in pursuit of a significant other, as well as psychiatrist who want to enjoy your city as a life experience. So yes, you might do very well in finding psychiatrists on your own who want to come to your area, but how do you do with respect to getting people to stay there long-term? It’s not uncommon for many practices in large cities to have a sort of “mill” style of recruitment whereby every few years they get a new crop of young psychiatrists to replace those that will be leaving. This of course works, but it is by no means ideal. Perhaps consider retaining a professional psychiatry recruitment firm – like Monroe & Weisbrod – to help you find solely long-term matches to boost retention.

Are you in a major city and looking to recruit? If so, you may not “need” to hire a psychiatry recruiting firm, but that doesn’t mean you shouldn’t. Feel free to call us at 512-270-2885 or fill out the contact form on the contact-us page.